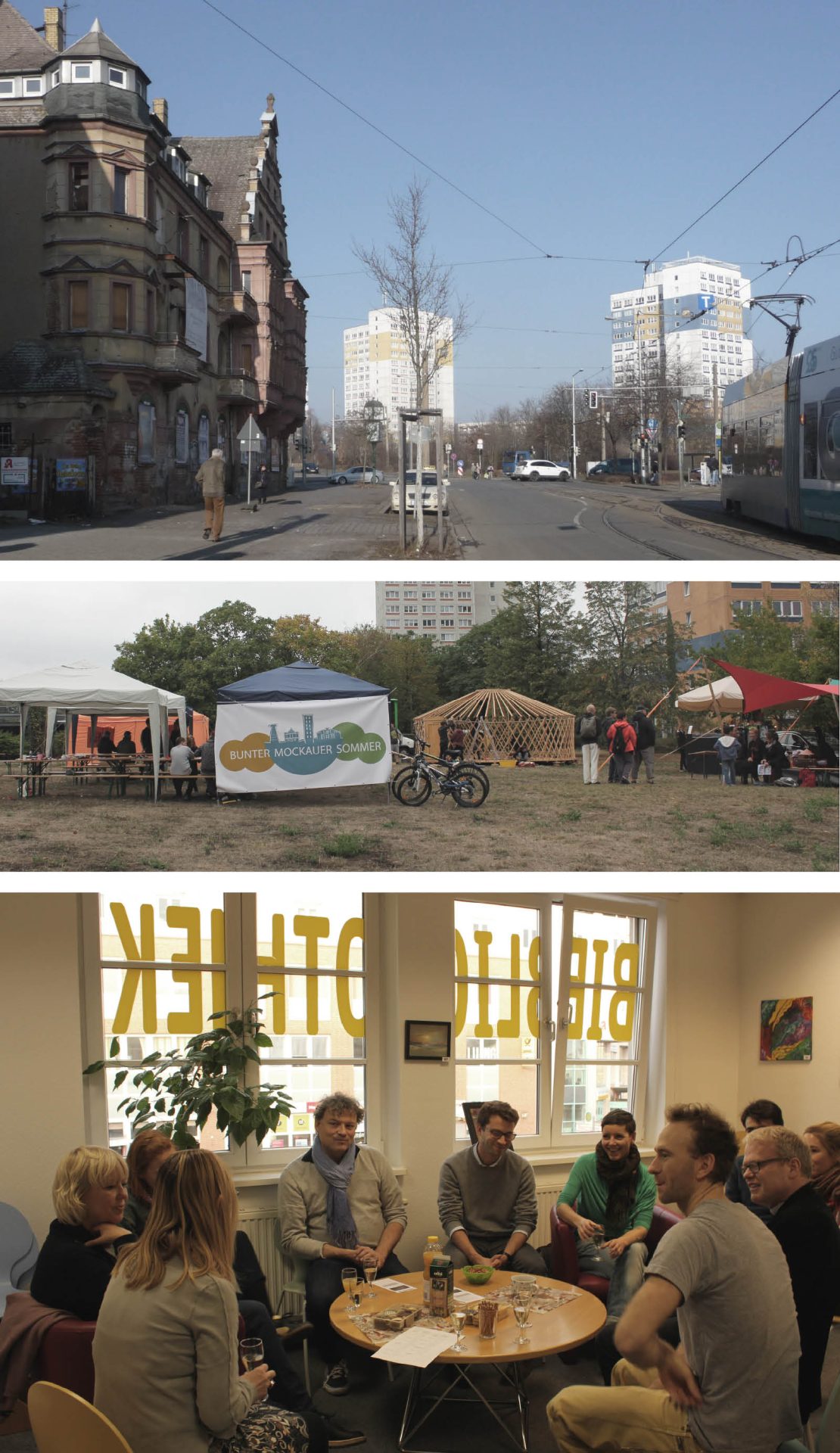 Between 2017 and 2019 the project “Integration through Initiative Management” (INTIGRA) was carried out in the Leipzig district of Mockau. This project proposal was selected in 2016 by the Federal Ministry for the Environment, Nature Conservation, Building and Nuclear Safety as part of a project call on “Urban development and migration” as a pilot project for the National Urban Development Policy (NSP). The Office for Housing and Urban Renewal (AWS) of the City of Leipzig is carrying out this project with Bürogemeinschaft Gauly & Volgmann as a project partner.

In 2019, the “Bunter Mockauer Sommer” took place for the second time, during which a green area in the center of Mockau was used by the city of Leipzig and numerous local institutions with various activities for several days. The idea was born in the regular stakeholder workshops in the district – out of the wish – to create a (temporary) meeting place for Mockau residents and to network the facilities more closely with one another.

Commissioned by: City of Leipzig, Office for Housing and Urban Renewal (AWS)